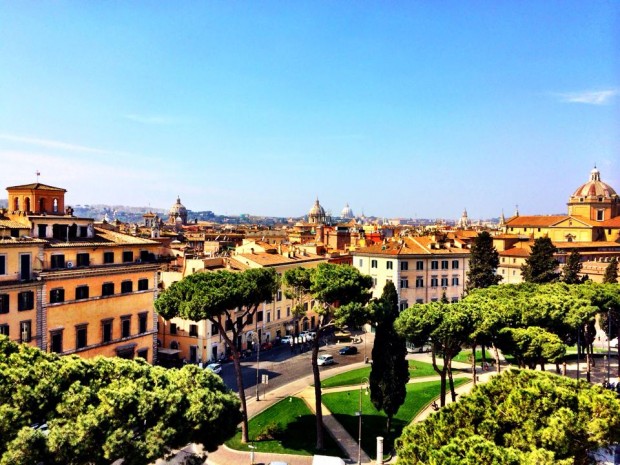 Yep, after six busy days of walking on average 15 miles a day, I’ve now left Italy’s beautiful capital city. For a person who gets bored very easily, and finds it hard to watch the same movie twice, I could have walked around Rome, taking in the same attractions and sites for a lot longer. I had Ben and Steph visit me this week, which made exploring the back streets, taking in the angry disorganised Italian culture and wining and dining on ‘la cucina romana’ a whole lot more enjoyable. 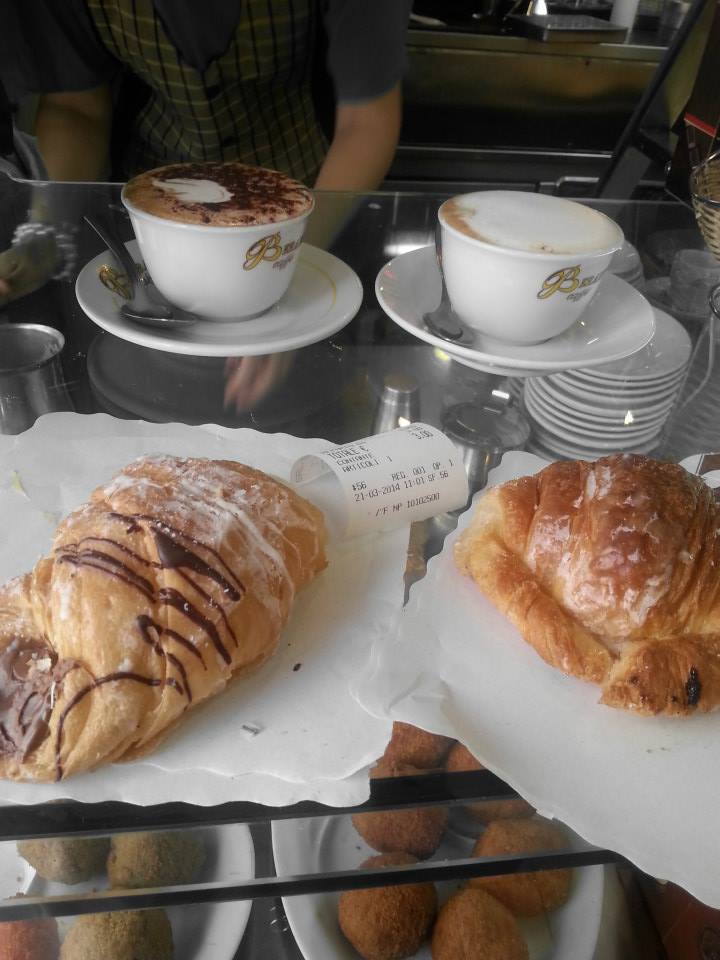 As expected, I’ve done a heck of a lot of eating this week but I like to think it’s been compensated for by the crazy amounts of walking. I made an effort to try the local specialities, including suppli (like the Sicilian arracine, but less inspiring), tiramisu and saltimbocca al romana (veal) and plenty of delicious gelato. As I wanted to make the most of my eating experiences, I did a lot of researching online and did make the effort to go to a few of the recommendations, including Salotto 42 for aperitif and Pizzarium for a slice of pizza from the so called ‘pizza magician’. However, I also believe recommendations are a lot about personal taste, or how much the restaurant pays to be advertised online, so I opted to finding my own recommendations. But, with every good restaurant comes a bad and unfortunately, we did eat at a few nondescript places. However, Bachannale and Vin Allegro were amazing finds and are definitely places to rave about. 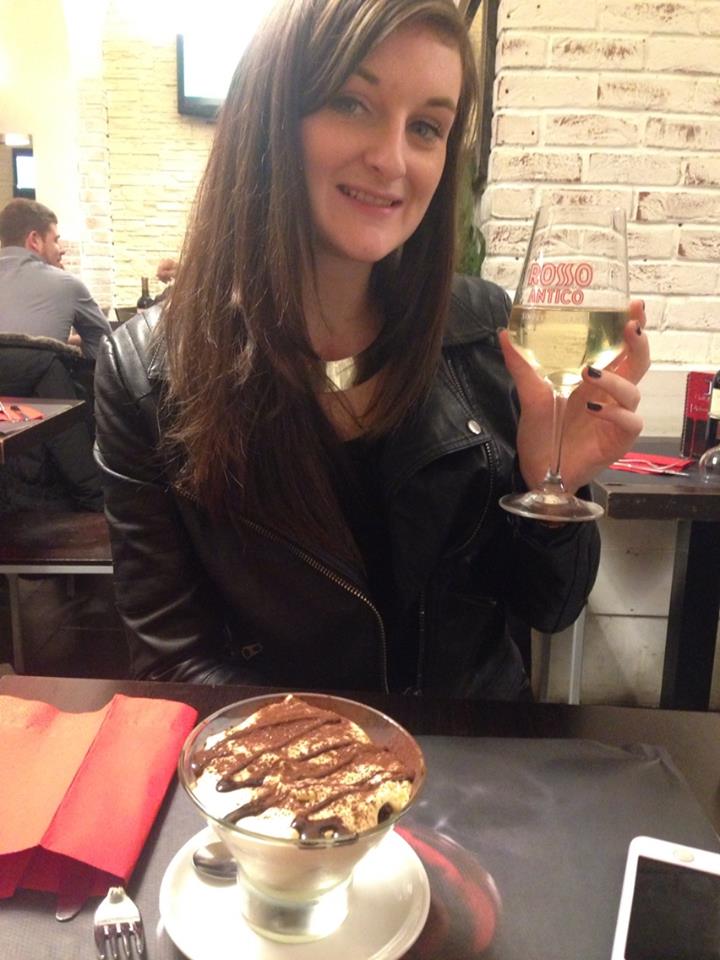 In terms of pizza, with snack bars and pizzerias on every corner and ‘pizza’ displayed pretty much everywhere you look, it seemed crazy not to hunt out our own best finds. Pizza in Rome is usually served by the slice, and normally priced up by weight which can get quite expensive to the unassuming traveller. I visited a LOT of snack bars while in Rome and can safely say, they’re all presented and largely taste quite similar but I’m happy to say I absolutely loved the pizza in Rome. The dough is very different to other regions in that it tastes more like a crispy ciabatta, with air pockets throughout the dough and a very crispy base. The dough is a lot thinner than a typical pizza and almost results in the pizza tasting a little like an open sandwich. My favourite toppings were the pigs cheek, broccoli and orange at Pizzarium and a zucchini, bechemel and tomato one from a pizzeria near to Piazza Navona.

I also videoed a local man, Leonardo about his impressions of Roman pizza and he said Italians tend to only eat pizza once a week. I admit to being a little surprised by that, I’d be interested in knowing how they find lunch-time food to eat which isn’t pizza! Travel video coming soon! I also asked local pizzerias for their advice and preparation tips and found that the process for main roman pizza is completely different to the Neapolitan and Sicilian ways. I do believe there’s more skill in roman pizza making, especially in order to create the even layer of air pockets within the dough. 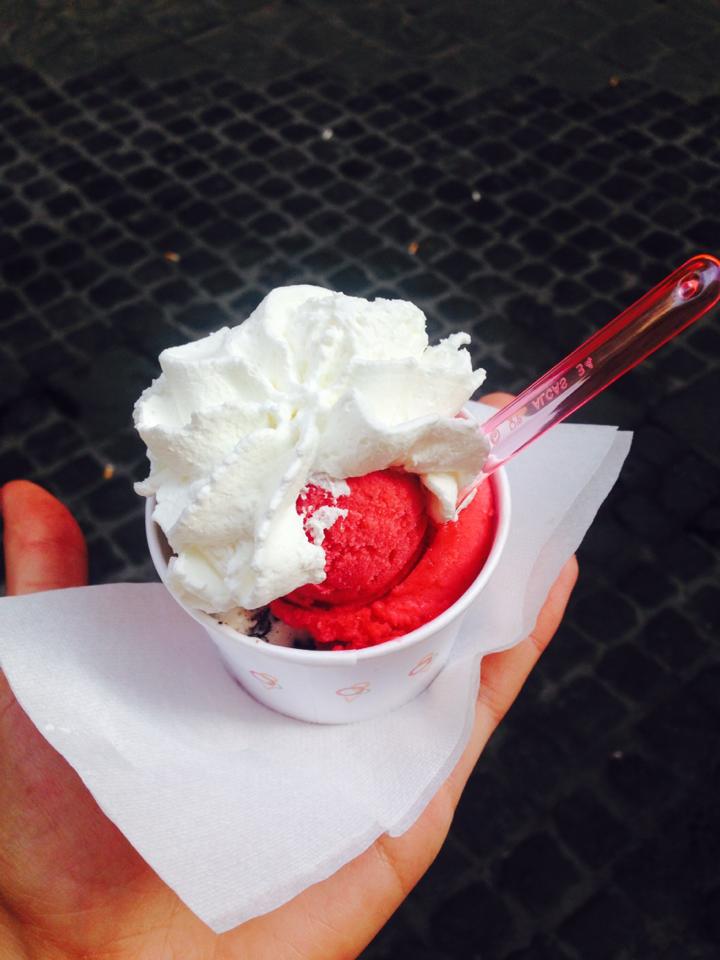 Been eating a lot of this – gelato mmm!

Back to Rome itself! Even though it was my third visit, I still discovered new attractions, piazzas and side streets with a cute gelateria or café on it and I do believe if I was there longer, the discoveries would be indefinite. Despite the constant harassment from street sellers and restaurants trying to get you inside, I felt at ease in Rome. I could happily sit down and take in the view, and most importantly I didn’t get lost once. Call me a Roman, I’ve found my home! This may sound boring but my new favourite attraction is Rome is the Pantheon – I’ve never really noticed its dominance before. For such a simple design, compared to the other attractions in Rome, it really stands out and looks so impressive from all lights and angles. Also, I loved how you could really imagine Rome thousands of years ago and get lost in history. 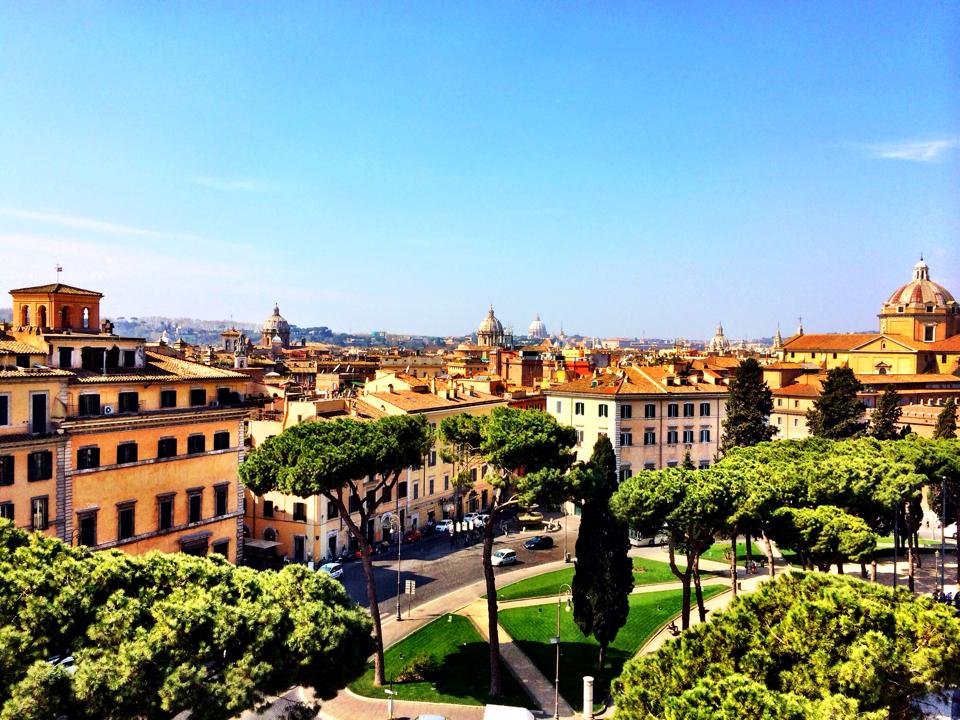 So, what have I got from my visit to Rome other than sore feet and achey muscles? Well, in terms of inspiration, I’ve definitely taken on board the aperitivo culture. Although the term took on different meaning depending where you went in Rome (with some places offering crisps, to others offering a whole buffet), I do like the concept of getting something with your drink. I also like the idea of serving pizza by the slice, so both are options I’ll now be investigating deeper into!

Next stop – Naples. Admittedly I’m slightly worried as travel guides and travellers I’ve spoken to have said it’s not the safest place but I’ll be careful and keep my valuables close. I’m also looking forward to discovering more about the home of pizza, and what makes it quite so delicious. Ciao for now!