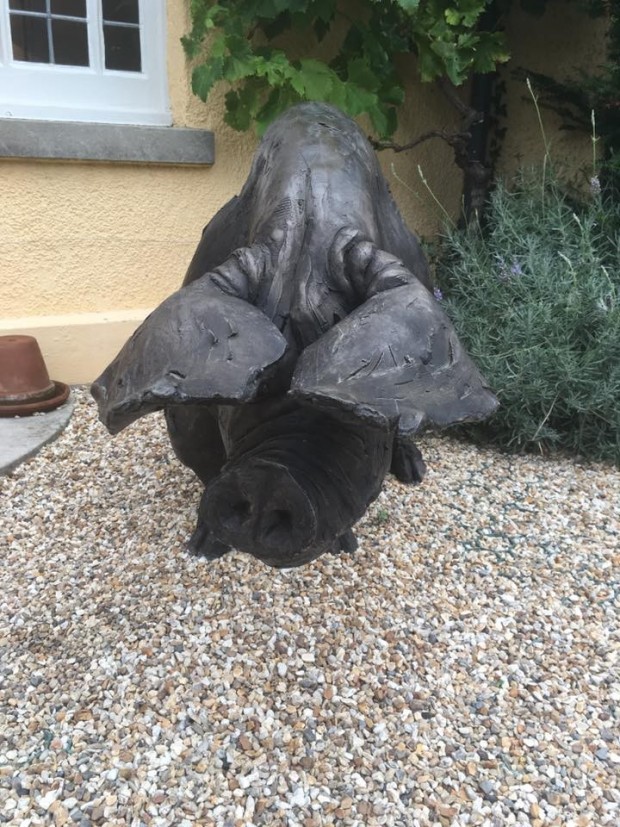 Wow, it has been far, far too long since I’ve done a review! My summer with MYO has been crazy; so now that the season has started to die down, I thought I could perhaps try and write a couple more “why can’t I be a food critic” posts!

I’ve wanted to go to the Pig for a LONG time. Friends and family have repeatedly said, “Oh Victoria, you’ll love it – it’s right up your street!” However, the waiting list has always been around 3 months so actually getting around to visit this apparent gold mine never proved too easily. As it turned out; spontaneity seemed to win over planning for once! 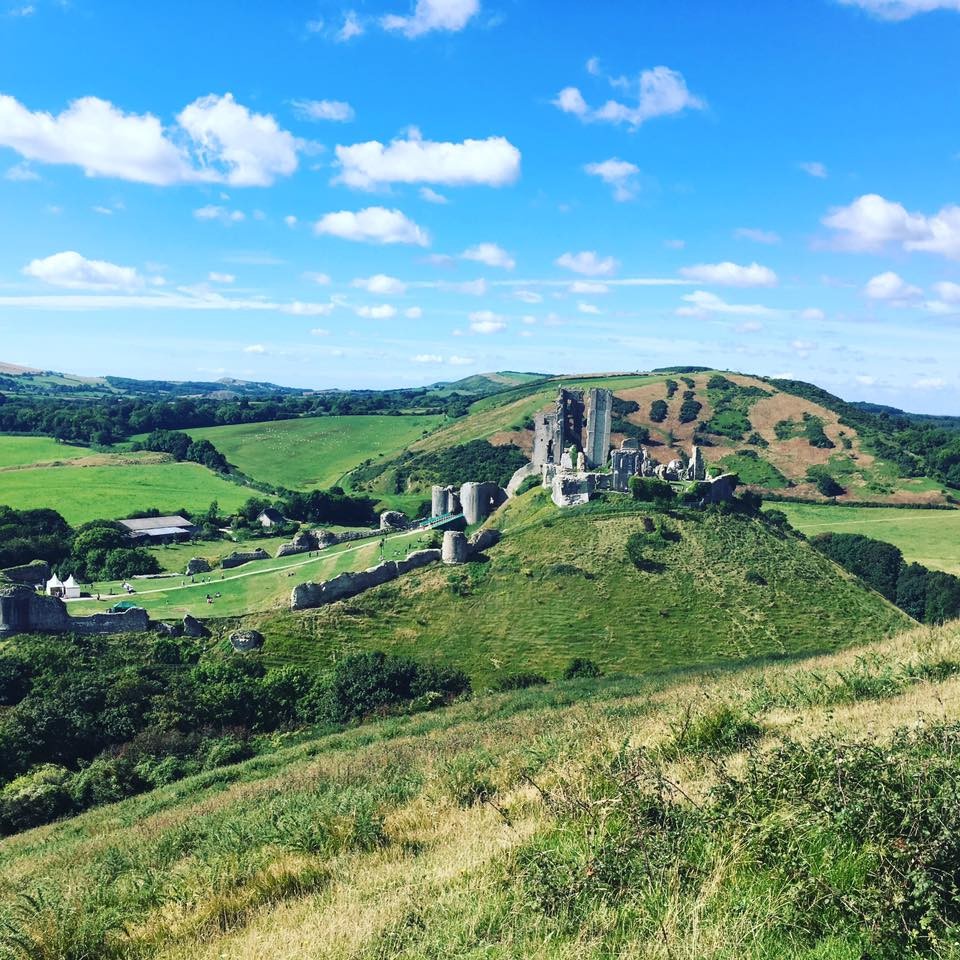 We were having a jaunt around the Purbeck Coast; and having walked up an appetite finding the best views of Corfe Castle, we aimed to find something to eat in Studland. Passing signs to the Pig on the way to the beach; I got super excited. I was quickly convinced to ring and see if they had a table: 1.30pm on a Saturday for a place with a 3 month waiting list? It was unlikely. However, the Gods seemed to like me as they said they’d try and fit it us in around 2.15/2.30pm – woohoo! My Pig Dreams were about to become a reality! 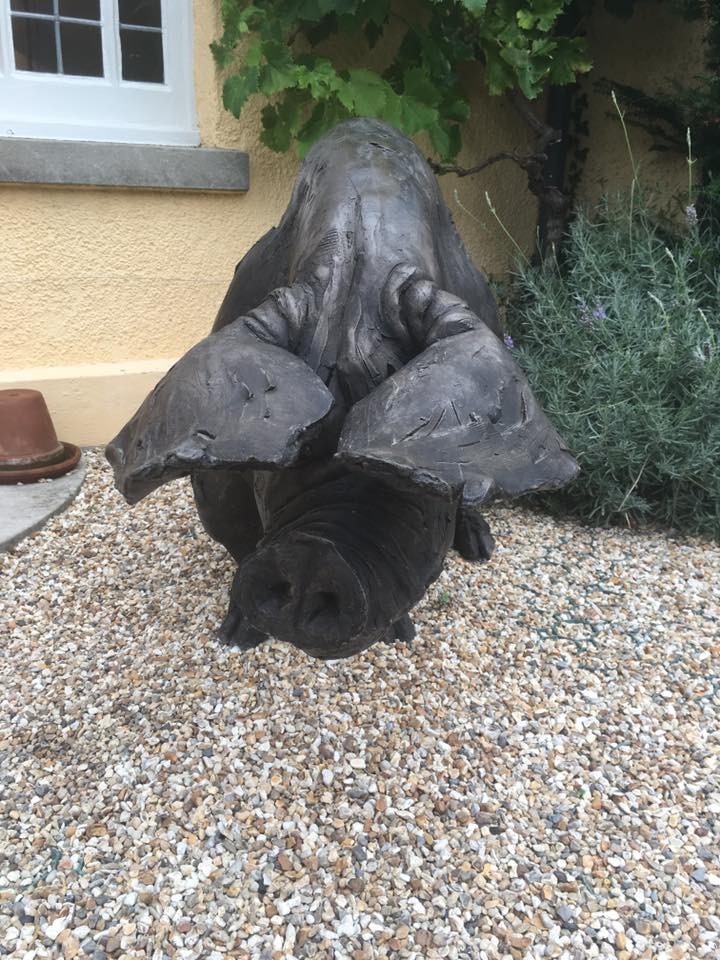 I liked this fella!

After a nice stroll down Knoll Beach; we headed to the Pig where we were quickly impressed with its location and setting. They had a lovely view of the coast, with an extensive al fresco dining area. They had fields full with their own poultry and pigs (Well, there kind of had to be a pig really!), so we were pretty excited about seeing if the food lived up to its first impressions.

We headed in and further fell in love with the place. The waiting area, or lounge (that sounds better!) was beautifully pieced together. Filled with sofas, armchairs and a roaring fire… I was very happy! It did take a little while, and a reminder, to be given a drinks menu, however, I won’t cling on to that. The choice of drinks was good; there were local spirits, ciders and beers, but at quite extortionate prices. However, no-one came back and took a drinks order! After fifteen minutes of waiting, drink-less, we were led into the conservatory style restaurant; which was just absolutely beautiful. Despite the slightly slow service; before we’d even eaten; we were giving The Pig pretty high marks. 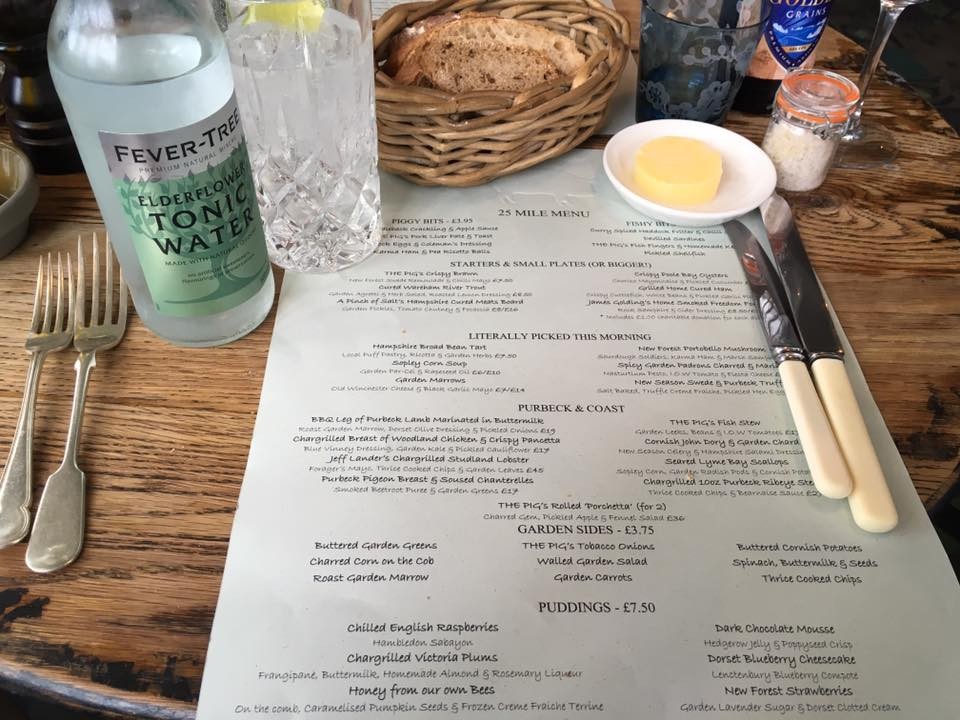 We were given food menus straight away and spent a few minutes in silence taking it all in. It was initially quite impressive as the menu has a map of where all of their ingredients are sourced, and it definitely gives the impression of being fresh and home-grown. However, the menu itself was slightly disappointing in that there wasn’t a great deal that we got excited about. There just seemed to be a lack of meaty options; and the Pig infatuation started to seize – not helped by the chaotic service happening all around us. Ah well, at least we got some pretty tasty bread!

As we near enough had to heckle down a waiter to take our drink order; a local gin with elderflower tonic for me, we thought ordering some ‘piggy bites’ might be a good idea given how hungry we were and how slow the service appeared to be. We started with ham hock and egg, fish fingers and ham and pea risotto balls. Our drinks took a while to come; which we just couldn’t understand because there were so, so many staff! I counted 12 at one time. There just appeared to be no order and none of them looked particularly happy. 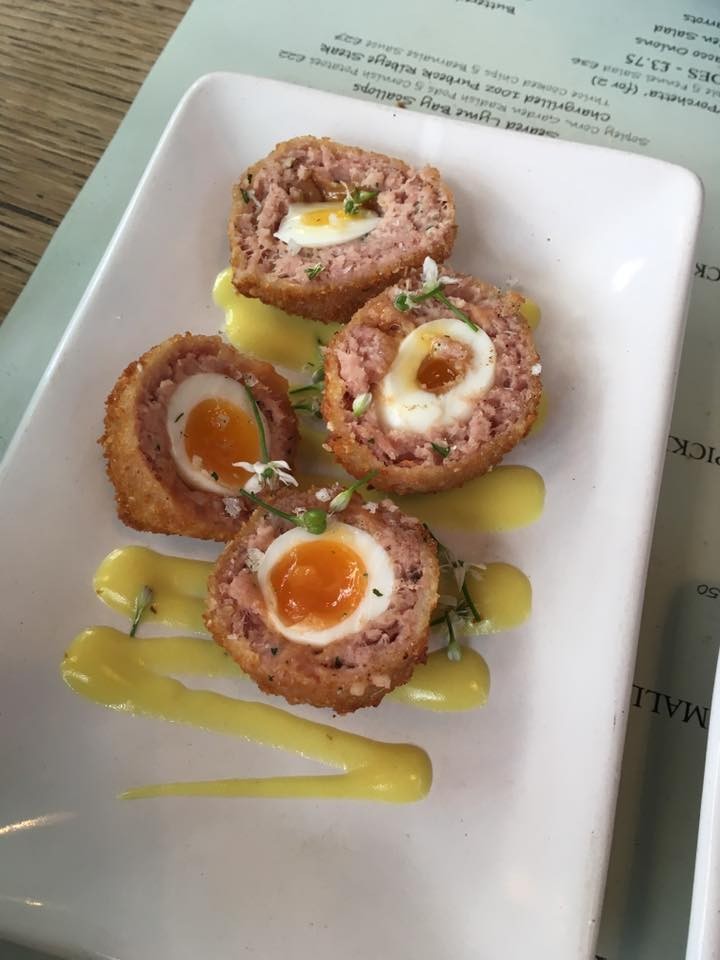 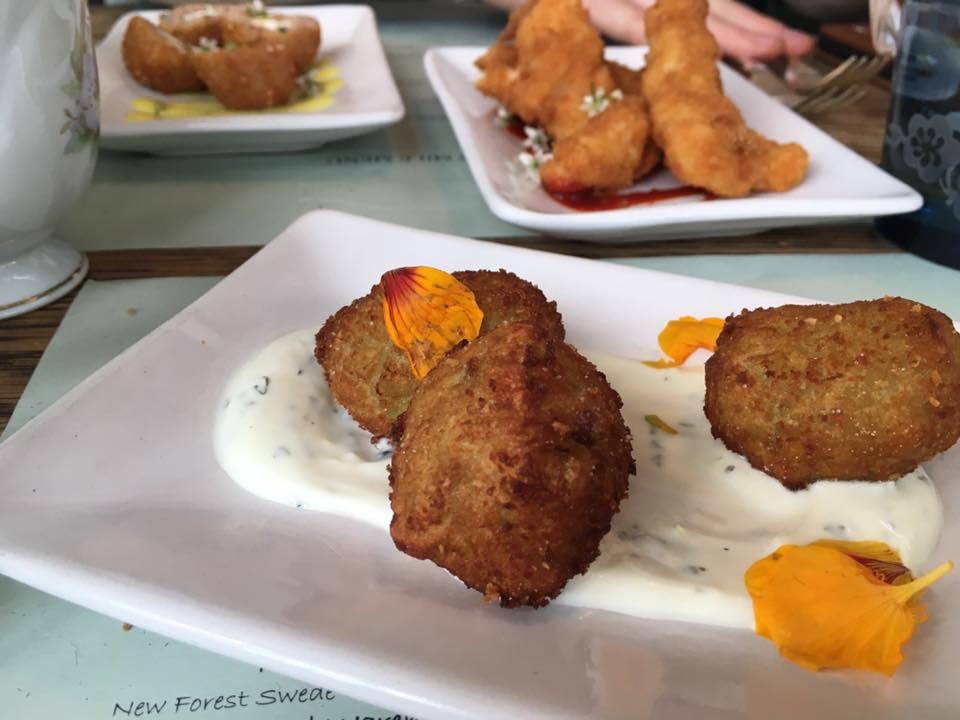 All of our Piggy Bites

Anyway, our drinks and piggy bites arrived and all were nice enough. Nothing special, but we were eager to try out more of the menu to see if points could be redeemed. We ordered a couple of starters as it was getting late, and we had dinner reservations. We chose ham and cuttlefish and a truffled butternut squash and egg dish. We were warned that these would take a while, but funnily enough, they seemed the quickest part of the meal. No-one asked us if we wanted a top up of our drinks, so we just drank tap water instead and amused ourselves by watching the hectic restaurant team. 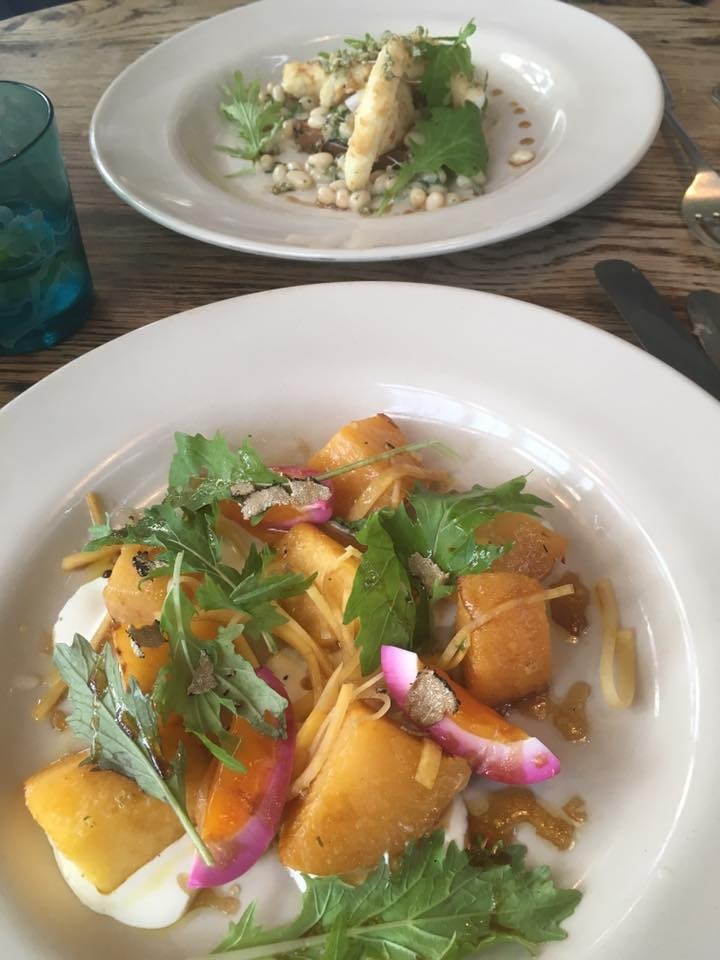 Starters were a definite improvement on the piggy bites, and were presented beautifully. I am just so glad that we didn’t order any mains as I feel we could have been disappointed. Puddings were all £7.50 and above, and I just couldn’t justify spending so much on strawberries and ice cream; however local it may be. So, after a relatively small meal, we paid up and headed for Lulworth.

All in all, I didn’t enjoy my Pig experience as much as I’d hoped. The location, setting and ambience of the place was perfect, however, when you start charging high prices for your food and drink, it raises a certain amount of expectation, which unfortunately The Pig didn’t achieve. Also, the service was pretty terrible; made even worse by the obligatory 12.5% you’re made to pay. Maybe we had a less than perfect experience, but I wouldn’t rush to go back – not for the prices they’re charging.