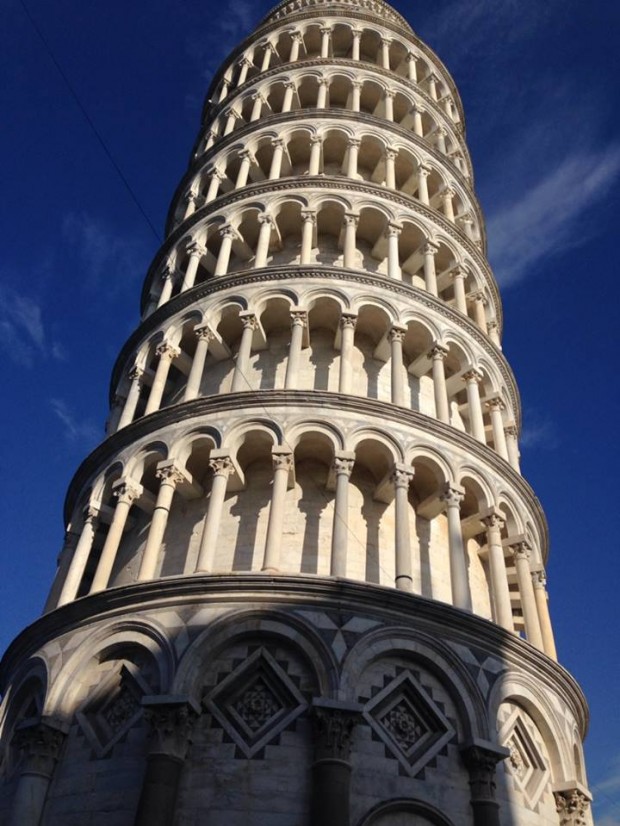 Under the Tuscan Rain…

Ciao! So I’m now back in Bologna until I make it to my final destination (Venice) on Friday. Although I have to admit to parts of the trip feeling long and lonely, I can’t actually believe I’m going to be home in less than a week. I guess this is the point where I should look back and assess what I’ve learnt. And wow, there’s been a lot. Most noticeably, my ability to speak ‘poco’ (some) italian, my ability to pick up a tan despite it not being overly hot and most importantly, I can now confidently talk about the differences in all of Italy’s regional ‘pizzas’. However, I won’t bore you just yet with my debrief as the journey aint over yet!

So, what have I been up to? My family joined me for the Easter weekend. Unfortunately Italy decided to give us pretty atrocious weather and the majority of shops were shut given the religious holiday. However, it didn’t deter us – we still ate and drank a ridiculous amount and did a lot of sight-seeing! We explored Bologna briefly in the rain and had lunch at Nicolas pizzeria. I’ve written a review, so if you fancy giving it a read, click here. We loved all of the busking musicians on the streets (video here) and enjoyed checking out the magnitude of cheese, meat and pastry shops. Bologna is known to be one of the food havens of Italy and based on the shops it has to offer, I can see why. It’s also known to be a great university city which was proved further by the extensive range of aperitivo on offer. We opted for Caffe Zamboni for aperitivo, right in the university district – read the review here. 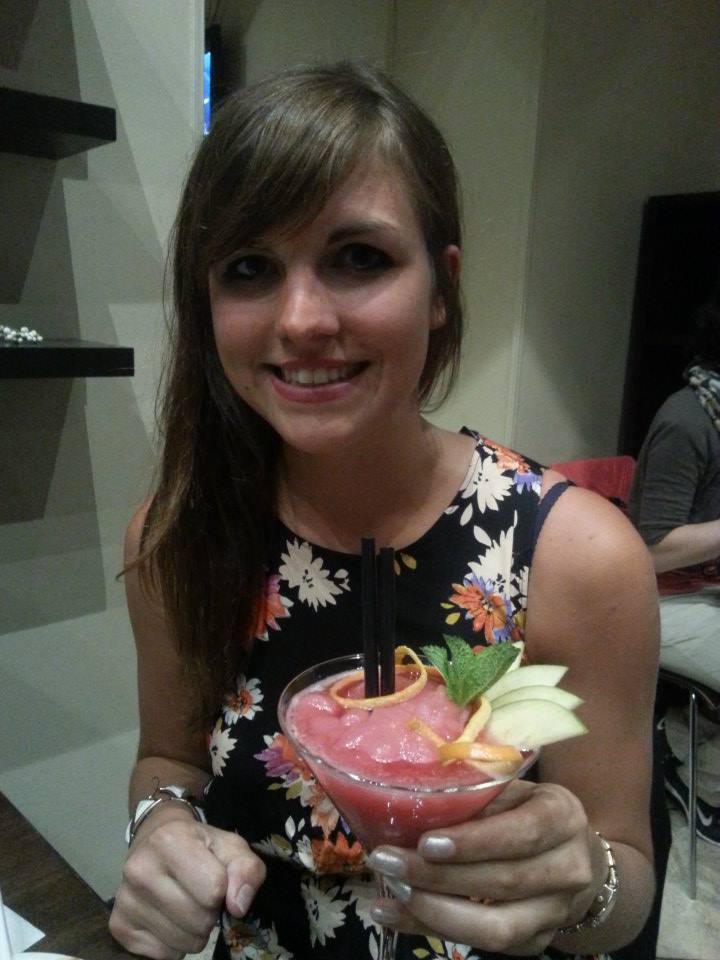 Me with one of my many drinks… at Caffe Zamboni

As the drive from Bologna to our next destination, Lucca (near to Pisa) was over 200km, my parents decided to make a stop at Florence. Given that I’d spent three days there last week (which verged on being too long), I wasn’t the happiest about returning. (I realise some people may think I’m mad for saying this and I’m sorry to offend!) However, going back allowed me to discover the older city of Florence and some spectacular views, so the second trip more than made up for the disappointment of the first. So, if you do go to Florence – make sure you climb up the steps to the left of the river, it is so worth it. You’re able to escape the crazy tourist areas and experience a more laid back atmosphere. 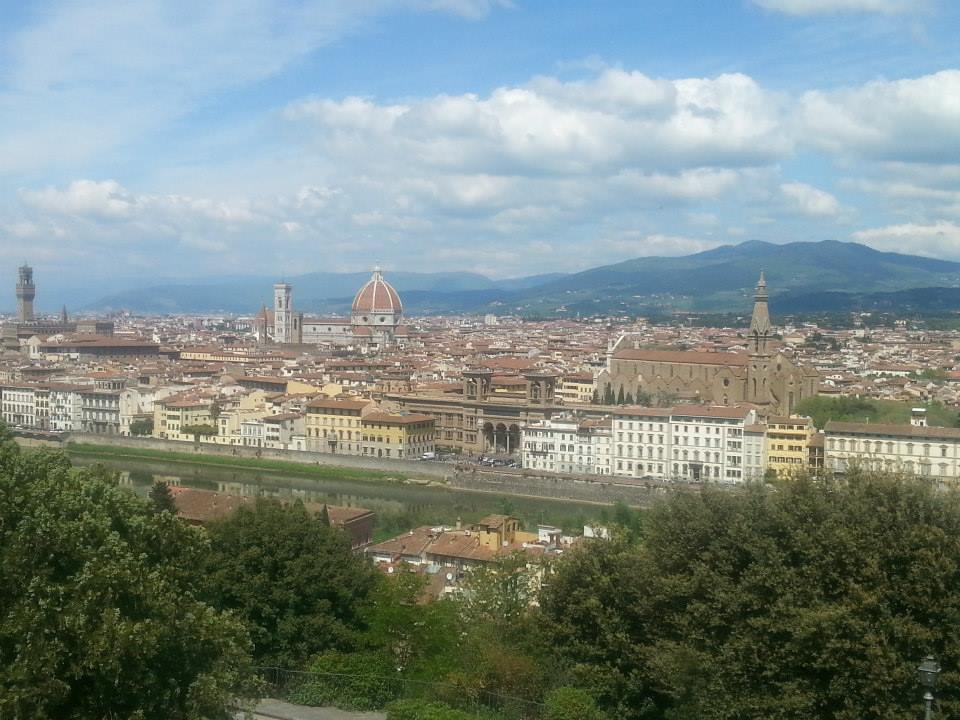 View from the top…. of Florence

In contrast to Florence’s crazy tourism, Lucca represented everything you’d imagine Tuscany to be. Rich in greenery, vast expanses of hills, fresh smells and tranquillity. Our villa was gorgeous and equipped with a pool, (damn rain – go away) yet bizarrely no oven, which made our plans of cooking melanzane parmigiana for dinner a little more difficult. We made a quick pit stop to Pisa, to which my little sister came out with an all-time classic, ‘is there a pizza restaurant inside as it’s the leaning tower of pizz-a?’ Oh, how I laughed. Sorry, Ellie! Despite there being no pizza, the tower was quite impressive. I thought I’d be disappointed but its simplicity and well kept green surroundings made it a beautiful sight and yes, I took a lot of those cringey ‘push the tower’ pictures.

Pisa didn’t have much more than historic monuments so you really don’t need much time there. We searched everywhere for a shop to buy fresh bread and given it was Sunday, and an Easter one at that, this proved quite the challenge. Italy, a little like France seems to shut down on Sunday and Mondays, with the large majority of shops and eateries being closed. So, if you’re planning to go on a weekend break, be prepared! 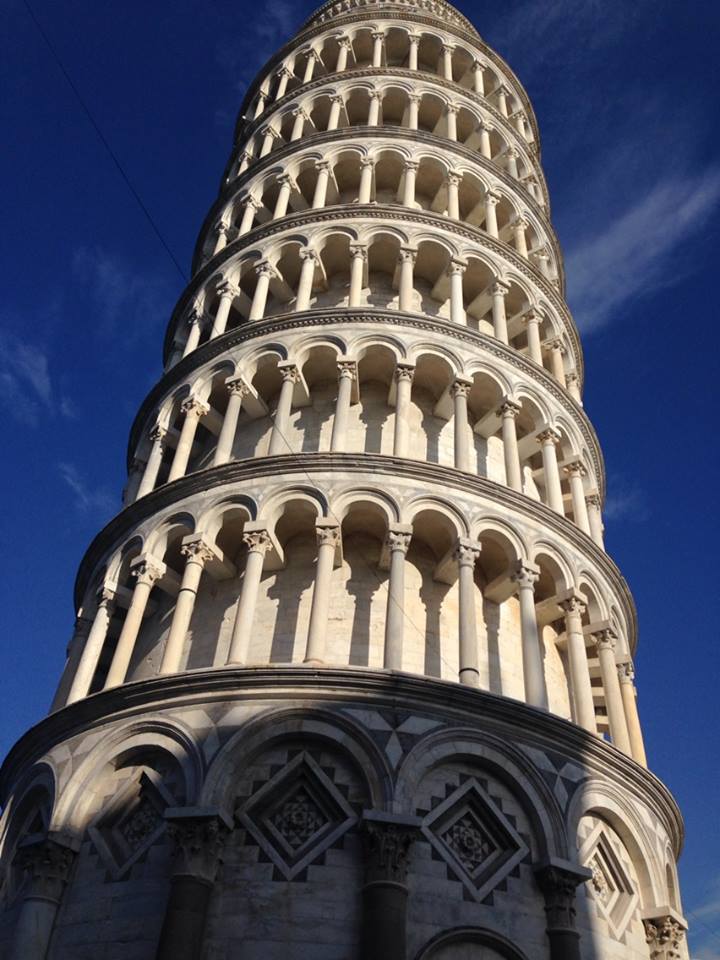 No, I’m not putting up the cringey ones!

We stayed in both nights and ate amazingly. I truly believe that 8 times out of 10, you’ll end up eating better, and cheaper at home than in a restaurant. Well, if you can cook that is. And I guess there’s the negative aspects of actually cooking, washing up and serving yourself – but if you can put all that to a side, eating at home ‘our family’ style anyway is pretty darn good. We ended up cooking the melanzane parmiagana on the stove, over a low heat and it turned out pretty delicious. If you get offended about eating controversial meats, stop reading now but we also tried horse for the first time (well, knowingly, given the horse meat hoohah in England) as it’s a speciality in the region. And, you know what? It wasn’t bad – it had a similar texture to beef steak (I had mine rare) but none of the taste. I probably wouldn’t rush to eat it again, but I definitely wouldn’t turn my nose up at it. We ate a LOT of chocolate for our ‘dolci’, including all the English delights my parents had brought for me. So going to bed feeling incredibly sick had to be done, it’s Easter after all! 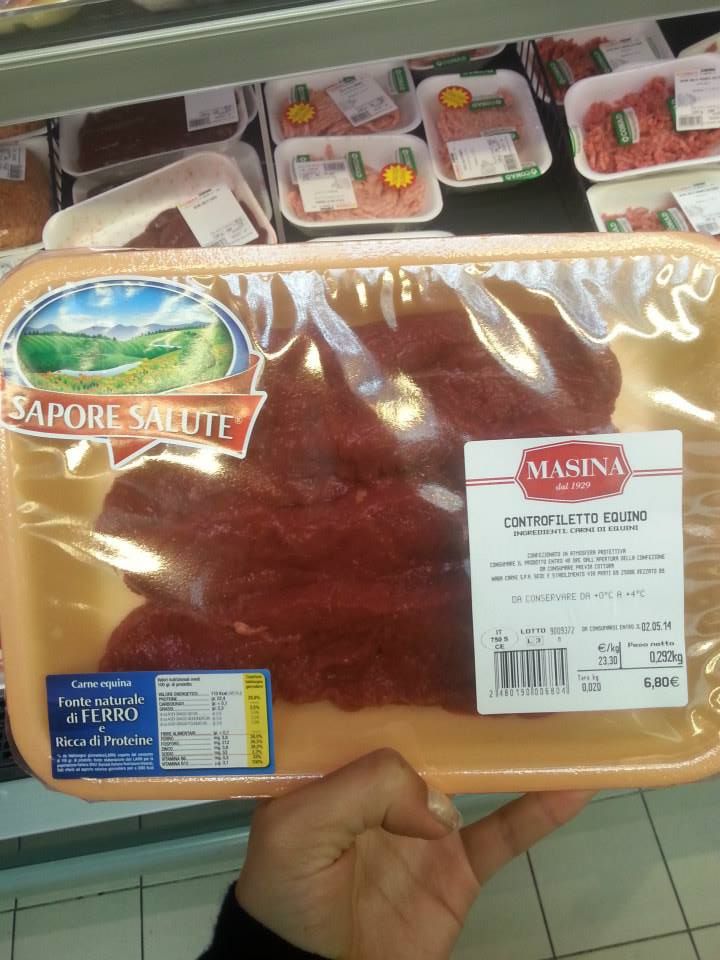 A bit of horse for you…

For my family’s final day in Italy, I wanted to show them Cinqueterre as I believed they’d love it just as much as I did. And as predicted, they did. Although I had to force them to order a plate of fresh anchovies, marinated in lemon and oil, they were all, like me, surprised at the taste. We also had pizza, which in comparison to the pizzeria/restaurant wood fired ovens we’ve been having, was quite disappointing. Take away pizza from snack bars is so different to that made fresh to order as it needs to have a thick enough base to enable it to be heated up for quick service. However, it’s Italy – you would’ve thought time wouldn’t be an issue and serving the best food would be worth it the extra effort. 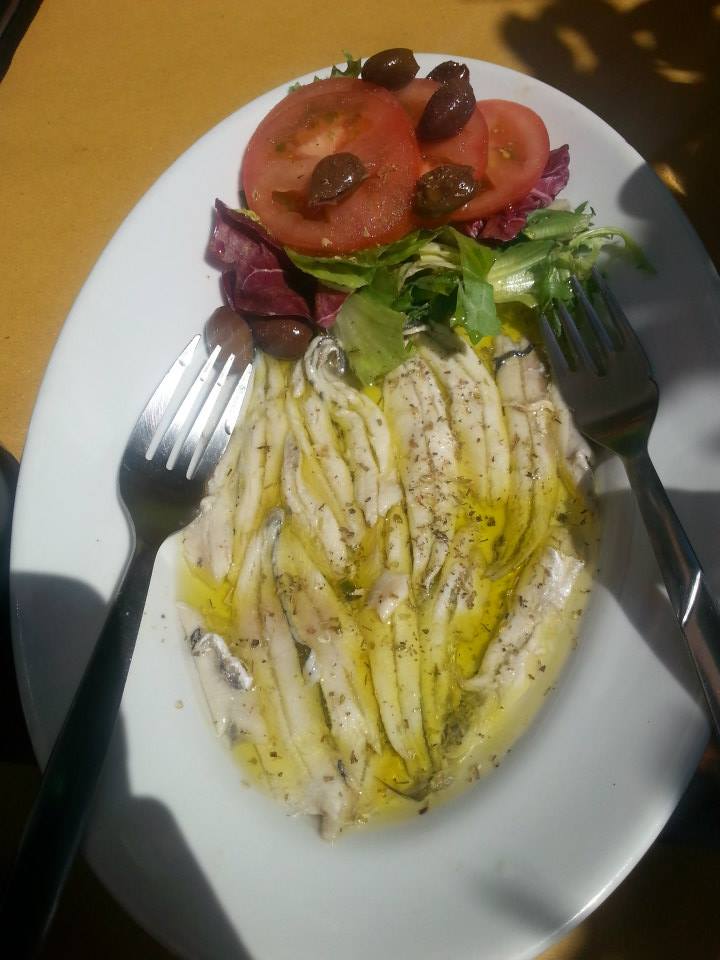 So now I’m sitting in the university quarter in Bologna, soaking up the rays which have (typically) decided to show themselves once my company has gone. I’m going to try as much of the local specialities as I can, try out somewhere new for aperitivo and try to discover some of these apparent hidden pizza fast food bars. Let the eating commence and the countdown to Venice begin