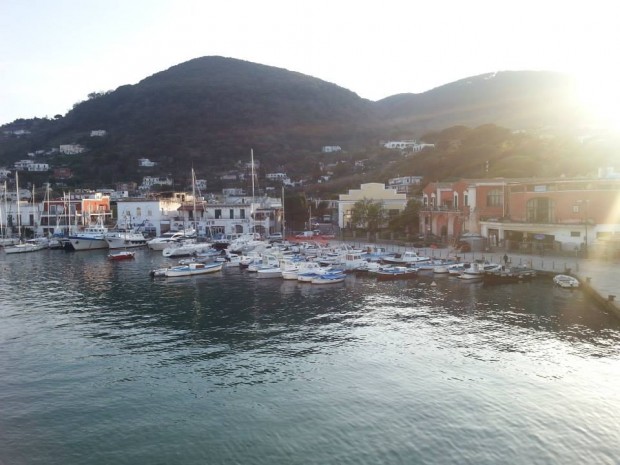 Hello from Naples! As you may be aware, I was a little wary about venturing solo around the city as it comes with many warnings about being dirty and a little unsafe. On first impressions, it was exactly how I expected – loud, hectic and full of creepy Italian men shouting ‘ciao bella’ and the odd ‘can you meet my mother’. I was actually thinking ‘how am I going to last five days here’, but as soon as I’d checked into my hostel and explored the city, I felt a lot more at ease. And after watching Eat, Pray, Love with a pizza from Da Michele (as they do in the film), I’m beginning to feel quite like Julia Roberts… 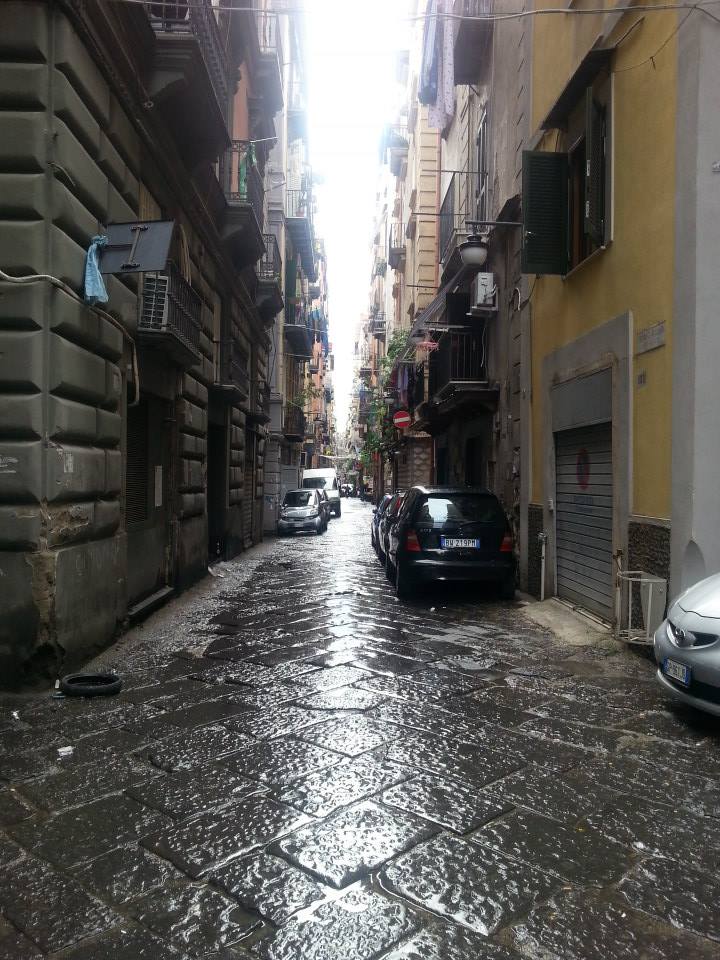 An example of the streets of Naples!

Naples isn’t the most attractive of cities, with unfinished roads, constant scaffolding and litter cluttering some of the streets, it hasn’t endured many photo taking moments. It does have numerous winding streets which I tried to get lost in but they definitely didn’t lead to hidden gems like Rome did. Naples has a port with fantastic views of the Amalfi Coast and a few grand buildings dotted about the city, but really that’s about it. I’m quite glad the weather was bad because there’d be nowhere to go to sit with a book anyway!

More importantly, the food – being the home of pizza, it’d be wrong not to try as much of it as possible. In comparison with the influx of pizzerias and snacks bars in Rome, I found it strange how unadvertised pizza is in Naples, given it’s the home of pizza. However, you will find pizza in the majority of cafes or bars that you pass, and for a bargain price of 1 euro to 1.50 for a BIG slice. I started with a slice from a side-street café, it’d been previously cooked and I ended up getting about a quarter of a ginormous pizza. However, I don’t think the Neapolitan dough copes so well with being reheated as it wasn’t as good as the pizza I’d had in Rome. 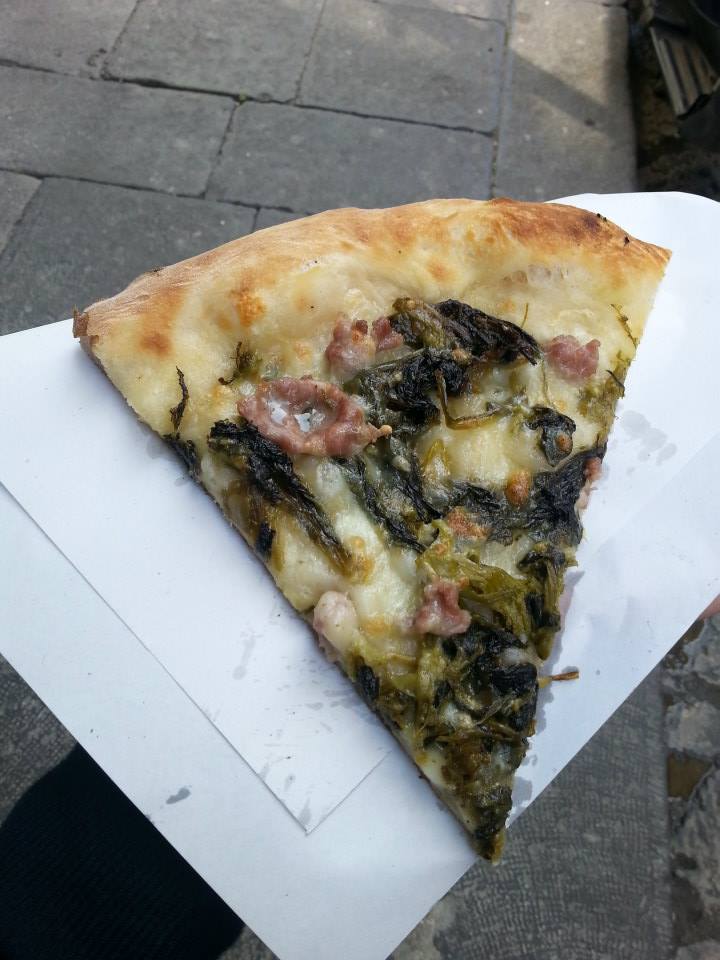 My first piece of Neapolitan pizza! For only 1.50!

I was told I had to go to Da Michele pizzeria as it is ‘home’ to the authentic Neapolitan pizza and I figured as soon as I’d tried this pizza, I’d have a base to compare everything else against. You can read the review here. I’ve also been trying as much as the local cuisine as possible, including ‘fritti’ – or, ‘deep fried’, I chose a selection of arracine, polenta, croquettes and other things I can’t list. To be honest, with the exception of the arracine being the best I’ve had since being in Italy, I could probably go without having any more fritti again. Naples seems to love its pastry so I’ve tried the sfiogate and other pastry delights and baba, a rum soaked light sponge. One of my favourite things has been the smoked buffalo mozzarella that Patrick shared with me at the hostel. It was simply delicious, especially when melted onto my leftover Da Michele pizza. 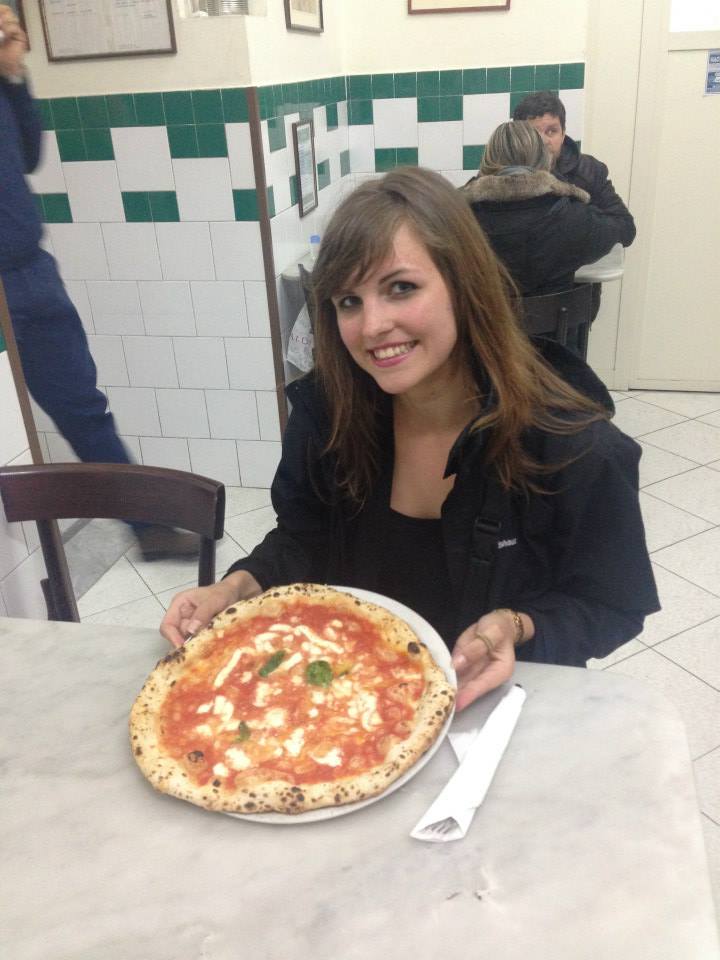 Me in Da Michele! 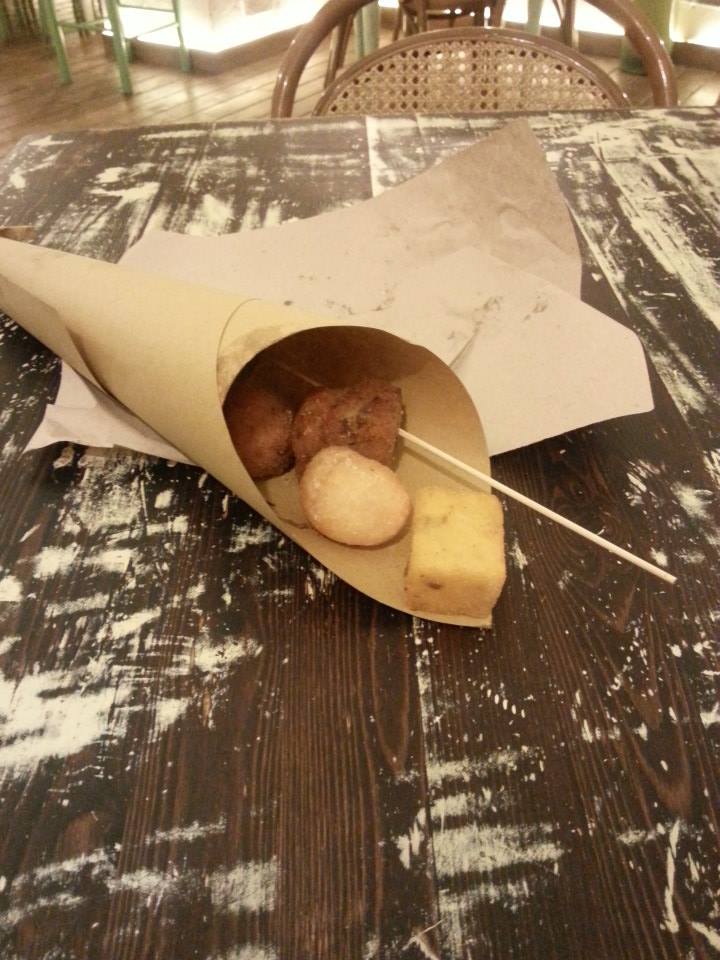 An example of some of the deep fried delights!

My favourite part of Naples (so far) was my trip to Ischia Island. Naples is ideally based as it has direct routes (within an hour) to the Amalfi Coast and beautiful surrounding islands. Most people would probably opt for Capri if they had a choice of the two but I’ve been there before and my hostel host had organised a pizza making session with his friends in Ischia, for free! Getting to Ischia was a bit of a faff, you have to walk, get the ferry, bus and then walk some more and checking into the hostel was like entering a ghost town. It’s low season everywhere in Italy at the moment but I still find it crazy how little is open and how quiet Ischia, especially seemed. Luckily I’d persuaded Patrick to come with me so he phoned our Ischian host to let us in. Other than exploring the island and its beautiful beaches with views of the Amalfi Coast, the best part was the whole pizza making experience, which you can read about here J My fingers get tired yknow. All in all, it was an evening which will always stand out in my memory, and one which introduced to me one of the nicest pizza doughs I’ve ever had – and I’ve eaten a lot!

A view of Ischia

My Italian has been improving slowly but surely, I’m still having issues understanding what people are saying but I’m picking it up. I’m less bored of pizza than I was before I came to Naples so maybe that’s an indication of how good it is here, or maybe how differently it tastes to that of Rome and Palermo? I managed to go on a run this morning and it felt so good to do exercise again as it’s quite hard to find good routes through the manic, car tooting streets of Naples, Rome and Palermo. Also, I’m growing increasingly wary about being able to fit into my clothes by the end of this journey around Italy…

Anyway, that’s it for now! I have one day left in Naples so I’m going to cook some local dishes after attempting to buy the best ingredients from local specialist stores (as Naples seems to be very old fashioned in its shopping approach, buying different ingredients from a range of smaller shops). And on Monday I’m off to Bari, in Puglia, also known as the heel of Italy. My friend Lucy is coming out to join me for a week so I’m praying for good weather and food! A doppo!