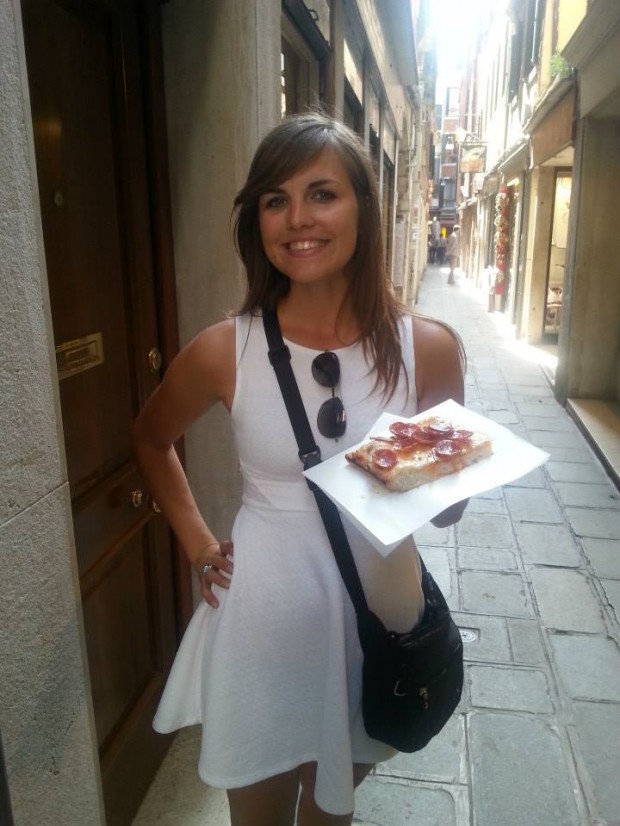 Venice was the last in my pizza tour of Italy, and after eating probably the equivalent to a baby elephant of pizza, I think by this point, I knew my stuff. In all honesty, I wasn’t massively looking forward to eating pizza from Venice as I thought, like Florence, it’d be super ‘touristic’ expensive and lack in flavour and texture. However, although not entirely proved wrong, Venice definitely did better than Florence.

Venice didn’t have a great deal of pizza snack bars, or at least not on the surface. Instead gelaterias proved more popular, with people forming long queues no matter what the weather. The take-away pizza I did find tended to be served from big circular pizzas, in triangular slices. Each piece would set you back between £2 to £3.50 and as the one we ate was from the ‘ghetto’ of Venice – Canneregio, we only paid £2 for a piping hot (rare) huge slice of thin, margherita pizza which I actually thought was quite reasonable, both in taste and price. The pizzerias didn’t tend to offer anything but pizza, you’d find it hard to find ‘fritti’ or deep fried goodness somewhere in Venice. We also sought out ‘Arte della Pizza’, also in Canneregio as it was recommended in quite a few guides. Completely off the beaten track and you’d definitely miss it if you were to just amble down that particular street, but it served very tempting thick square wedges of pizza, by weight. We went for a sausage and artichoke slice, which for quite a generous amount only set us back £2.50. However, although the toppings were yummy, the dough didn’t have much taste. If you can imagine eating an edible sponge, then this was what the pizza seemed to resemble. 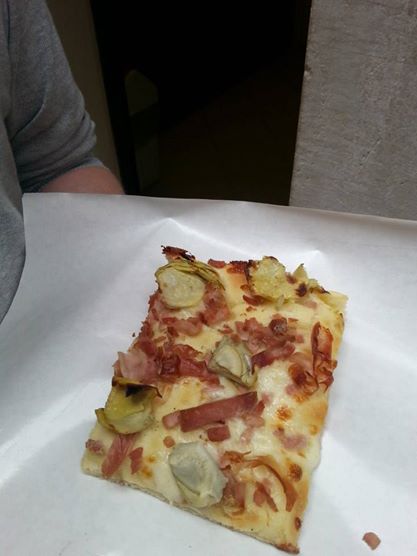 In terms of eating out, the two Venetian pizzas I had tasted very similar. Both were a little too salty with a thin crust, with a very crispy, almost charred dough and definitely didn’t taste like the Neapolitan pizza. In short, I wasn’t overly impressed so saved myself a few calories by opting not to eat the whole thing, and settled on gelato instead – it all balances out, right?! 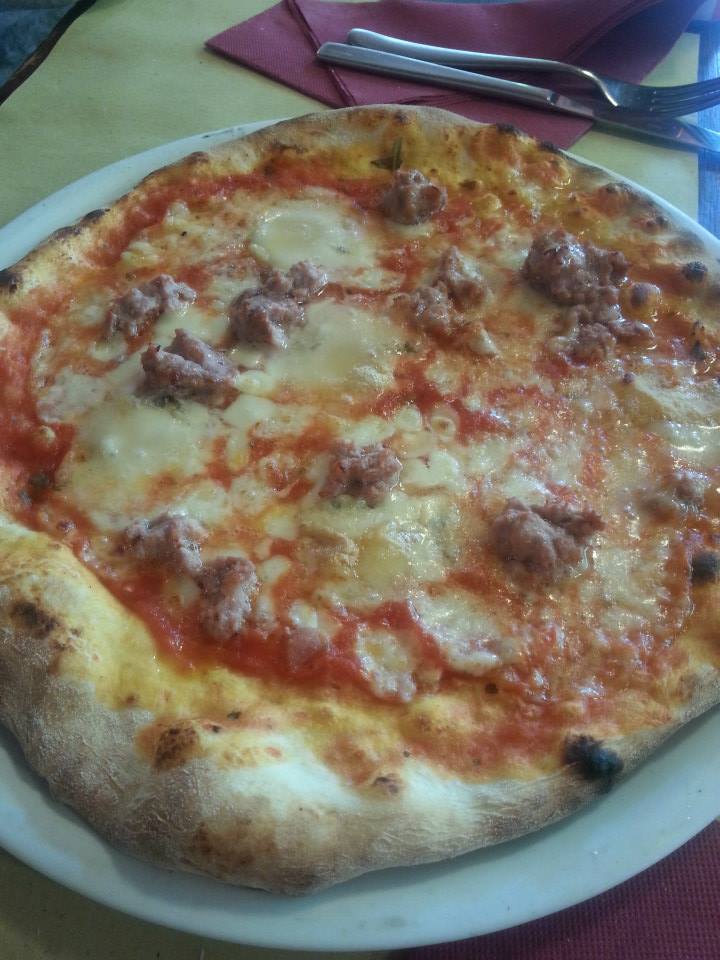 However, where Venice pizzerias failed to impress, Verona more than made up for it as the pizza bread I had at Cantene de l’Arena was among the best I’ve had in Italy. It not only tasted completely different to anything I’d tried so far but it also came piping hot, and hot food does not seem to be as commonly found in Italy! It was cooked using a wood fired oven, meaning it had a lighter, doughier texture and a crispy edge but I think it’d also been rolled in semolina or cornmeal and had something sweet added to the dough. Whatever it was, I loved it and when I asked the chef for the recipe, I knew I had no hope in finding out the true recipe! 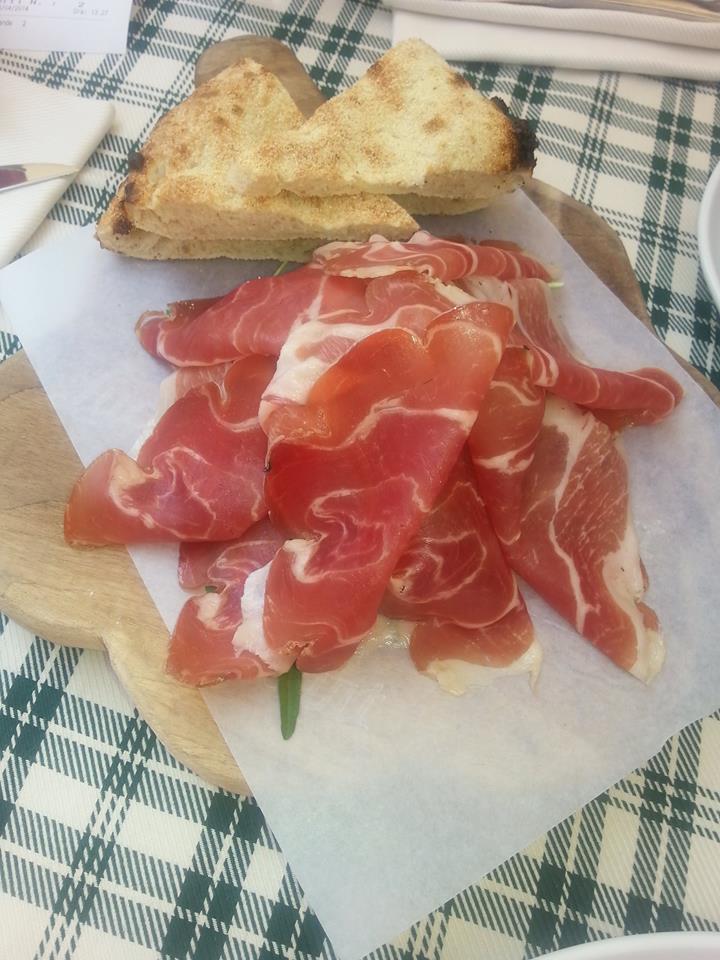 Heart of Proscuitto and Pizza Bread

Overall, after my Venetian travels, I don’t think I’d rave about the pizza. I also didn’t get much inspiration for layout, other than having all my pizzas pre-cooked and lain out towards the front of the shop, to help entice customers in. However, the other food I tried while being there was, on the whole up there in the best I’ve had since being in Italy so I’ll cut the pizza some slack. I just won’t be using the Venetian recipe!