Trekking towards the final destination!

Buongiorno from Venice! The sun has been at an all-time high and I’m currently enjoying a very English bowl of porridge, no more standard Italian pastry for me! Since I last updated you, I feel like I’ve been all over the country. I’ve explored the ins and out of Bologna, took a day trip to Modena and somewhat stupidly trekked 4km across about 50 bridges (no joke) and crowded narrow streets to get to our apartment in Venice, it’s been pretty fast paced.

Bologna was awesome. Anywhere classified as a ‘home of good food’ is, let’s face it, going to be appreciated by me, and when digging into the city deeper, I really did uncover some hidden gems. I visited the fish and vegetables market on Via Pescherie and marvelled at the fresh range of gigantic fish, and octopus on offer. I went in to countless proscuitteries to eye up the huge legs of cured ham and delicious ranges of tortellini they had on view. I also found some pretty delicious pizza at ‘Altero Pizza’ – it turns out they have a chain in the city as I kept seeming to uncover them, which really didn’t do my sense of direction any good as I kept thinking ‘oh I’m back here again!’ I tried two different pizza snack bars in Bologna, and both offered a slightly similar square cut pizza in both taste and topping selection. In a way, with their thicker, spongier, slightly sweeter base, they tasted almost American. Top marks though! 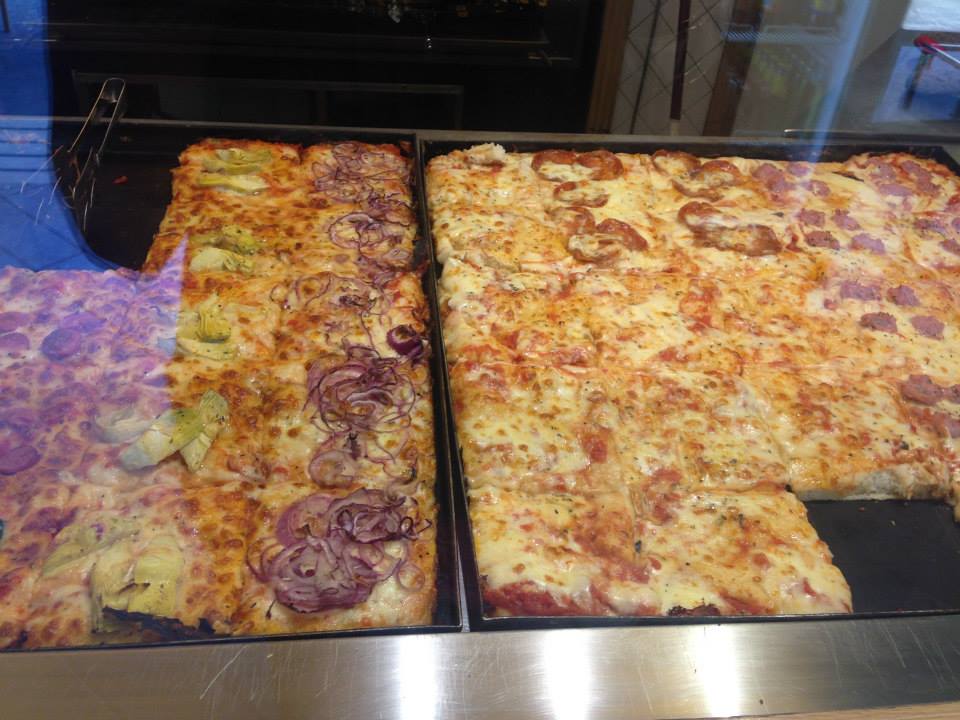 The type of pizza you’d find in Bologna and Modena

I was also taken out by the locals to a couple of places for aperitivo as Bologna, possibly due to its university’s’ status, seems rife with bars offering free food. We went to two different bars, the first one proving quite disappointing, just offering a selection of cold pastas and crisps but the second, where I enjoyed a delicious strawberry frozen margherita was much more like it. It was constantly topped up with steaming plates of pasta, burgers, meat plates, pizza and other delights. I even ate chips for the first time in nearly two months! I tell you, that felt like a complete luxury – so sad I know but realistically, how much pizza and pasta can one girl take?! 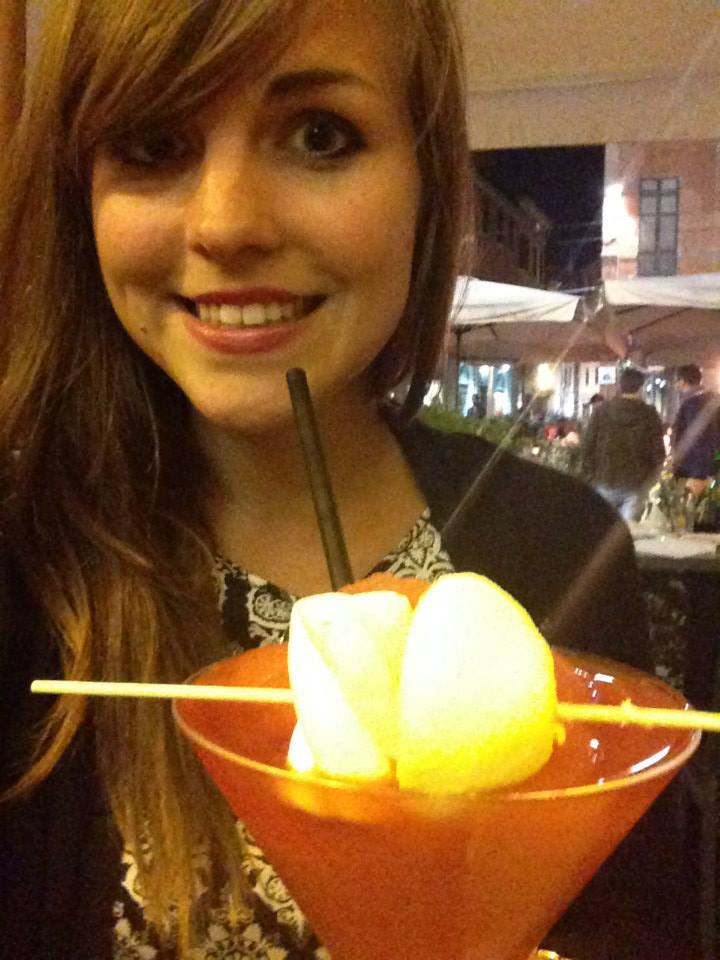 Me with my frozen margherita

I made the last minute decision to visit Modena as no-one seemed to recommend it or give the standard ‘ah yes, Modena (thumbs up)’ but I am so glad I did. Taking only a 30 minute train ride from Bologna allowed me to uncover a charming city, complete with beautiful architecture, historic sites, a university and some great food. Modena is a major exporter of balsamic vinegar and creates its own parmesan, apparently very different to Parma’s. I strolled around the city, and enjoyed a piece of thick pizza (similar to Bologna’s offering) while trying to avoid the attention of the circle of elderly men gathering ever closer to my bench. I liked Modena as it represented both a modern city with its array of high street stores, boutiques and independent shops and a historic city, with lovely churches, towers and museums. So, if you’re in the Bologna region – do make a visit to Modena. Oh, and try the tagliatelle al ragu! This region is famous for the ‘spaghetti bolognese’ that we all love today but it’s advised not to ask for spaghetti, as you need a harder type of durum flour, that isn’t widely available in the region, to create the thinner spaghetti, so ‘tagliatelle’ is more common in these parts of Italy. I enjoyed a huge plate full of homemade pasta and rich meat sauce, coated (by me) in Modena’s own parmesan. Mmm, it was delicious. I’d leave out the gnoccho fritto though (a drier, fried bread – traditional in the region). 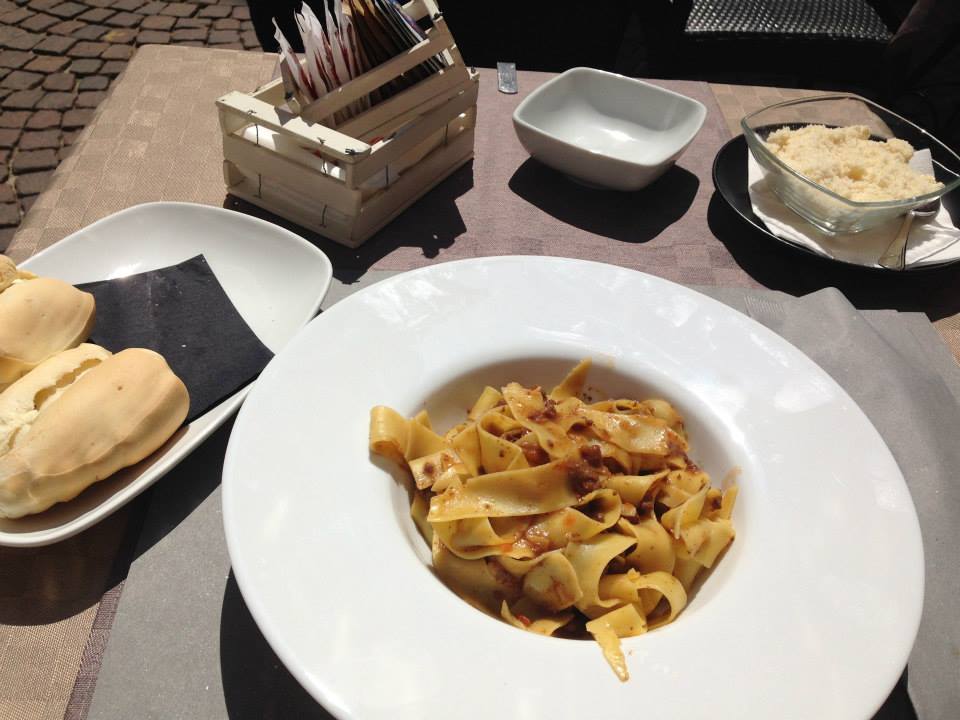 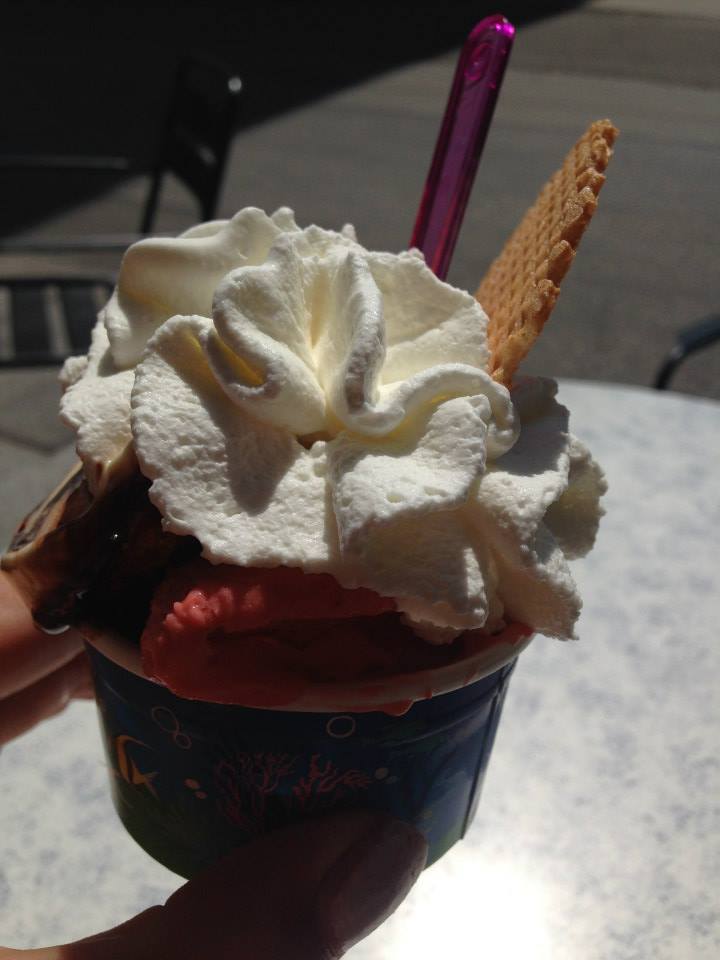 And that leads me to now! Yesterday I arrived in Venice, and made the worst decision to walk, with my wine and food laden suitcase to the apartment in Arsenale aka completely the opposite side of the island. 4km later and with muscles which would make Popeye jealous, I arrived with luckily just enough battery on my phone for Andrew to come find me. Despite the crazy trek, our apartment and Venice has been so worth it. The weather’s been beautiful, our dinner last night at Mascaron (review being typed as we speak) was amazing and I’m looking forward to our day trip to Verona, home of Romeo and Juliet today. Catch up soon!