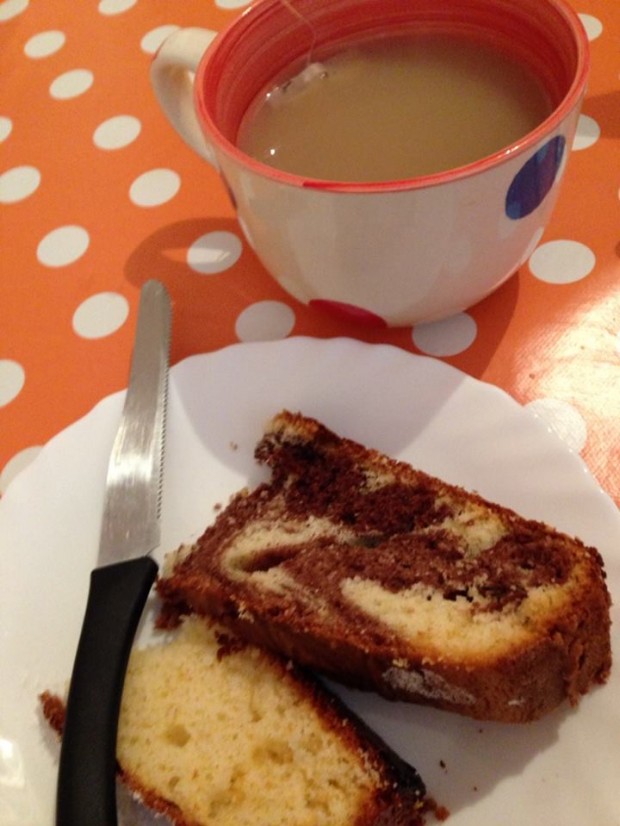 Good Morning! Hmm, I’m not feeling so great this morning. Although I only drank one Birra Moretti and four (oh, maybe that is quite a few) glasses of wine last night, I feel pretty terrible. It was fun though, I went to Piazza Marina with some people from the hostel and we were on the hunt for some appertif. For those that don’t know, this pretty much means ‘free food’, as long as you buy a drink, you can pretty much get your dinner for free. The first place we stumbled upon was empty so they provided us with a whole host of freebees, including bruschetta, chunks of meat and cheese, pizza and olives with our drink. And from there it just got better! Watch out for my reviews on these places.

So far, I haven’t been totally enamoured by Palermo. It seems to be one of those places which comes alive and looks prettier at night. By day, as the lonely planet proclaimed, it comes across as run-down, dishevelled and a little dangerous in feel. I was admittedly a little wary about exploring Sicily as a solo female traveller, but despite all its warnings, and getting lost a number of times, I’ve ended up with my life and belongings in tact so it can’t be that bad! Although largely being unable to speak English, the people I spoke to (largely for directions) were very helpful and friendly so I’ve had a nice experience of the locals so far. Right now, I’d say if you’re a sensible solo traveller, Palermo is just as safe as any other city. But then again, I’m only on my second day! 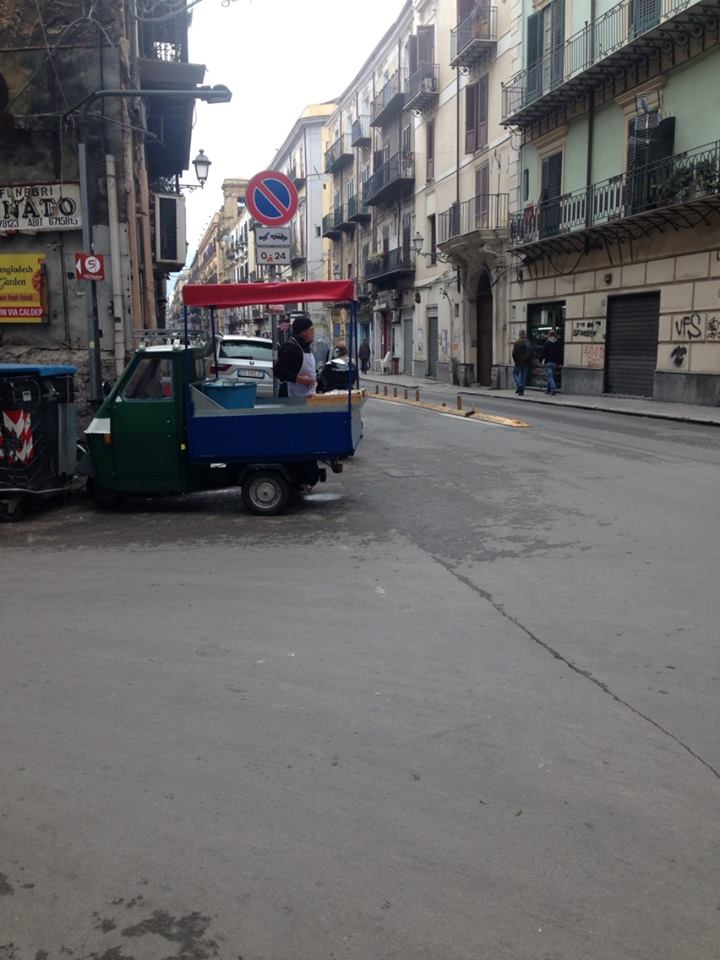 The quiet streets of Palermo!

I was surprised by how many nationalities and types of cuisine there are here! When it comes to Italy, I assume that they like to keep to their routes, but in Sicily there’s such a vast range of cuisines! With Indian restaurants and kebab shops serving pizza too, it definitely doesn’t feel like Italy. And the markets! Wow, what an experience – shouting everywhere, different arrays of beautiful looking fruit, meat and fish, I could have spent a lot longer getting lost in that manic hive of activity.  I bought an artichoke too! I’ve never seen an actual artichoke with its skin on so I’m quite looking forward to seeing what happens when I try and cook it. I’ll make sure to keep you updated, unless it’s disgusting that is!

Most importantly, especially as it’s the main focus of the tour – the pizza! Many believe that the pizza originated in Sicily, from the Arabs. Also called sfincione (translated as thick sponge), it’s usually found in bakeries or panificios. It’s topped with a sauce made from tomatoes, onions, herbs and anchovies. It’s common to find it without cheese too. I located my first taste from a side cart, positioned on the side of the road – can’t get much more local than that can you?! I did video the man and ask him to explain what it was, so if you fancy a chuckle then please see the video here! I also filmed myself having my first bite, but it’s definitely having a bit of editing before it goes any further as I’m wary about being coined worse than Nigella! Haha. Anyway, sficione is very much like focaccia – incredibly light, slightly oily with crisp edges. It didn’t taste anything like a pizza we have today but I still enjoyed it but would rather have it to dip into soup, rather than a meal with a knife and fork. Anyway, I’ll let my video (when edited) to do the talking so look forward to that! 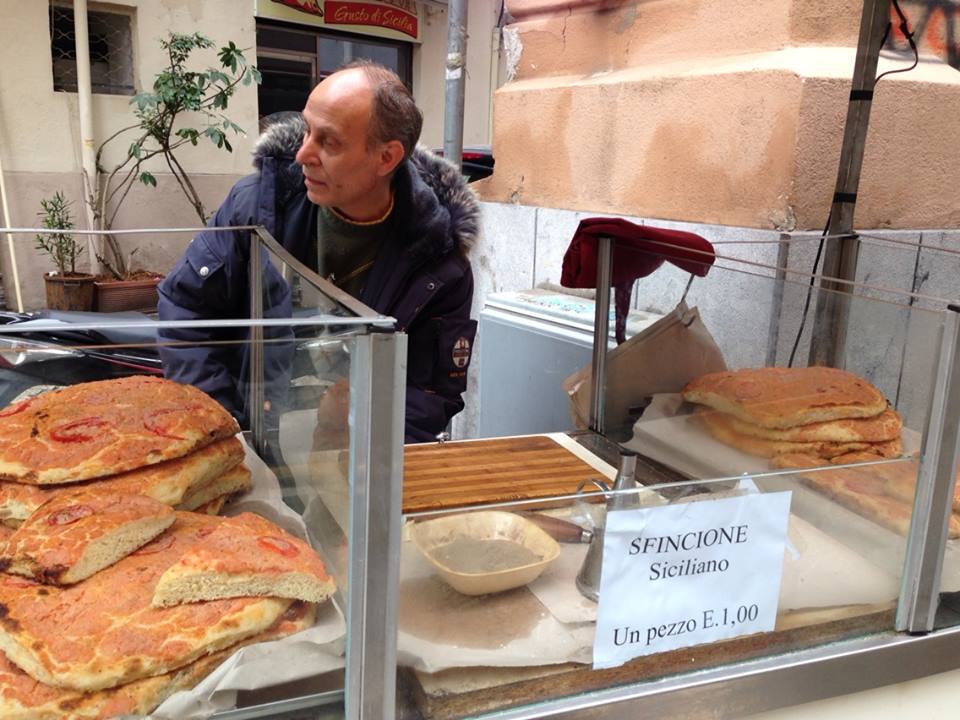 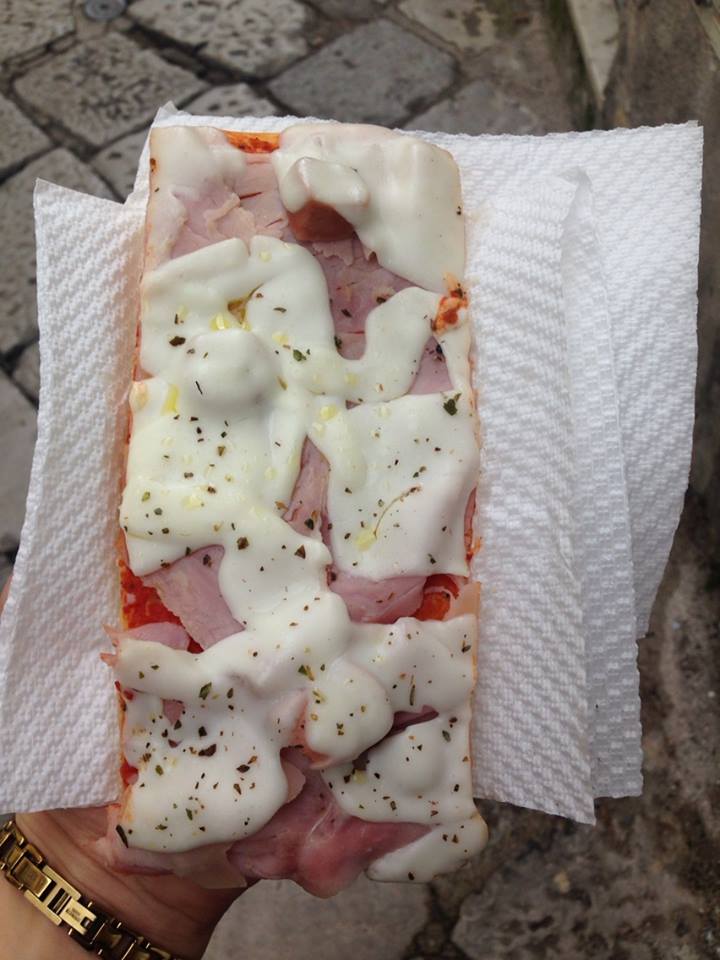 My second pizza of the day!

I walked over 10 miles yesterday so if we calculate that as 100 calories a mile, I burnt 1000 calories! So I’ll try and forget about all the cake (For breakfast), sficione (pizza) and carby aperitif I ate. I love having enough time to walk around unknown territory, getting lost in the alley ways and side streets as it’s the best way to really know and ‘feel’ the area and potentially seek out hidden gems. In my case, no hidden gems so far but the search continues.

Today I’m off to the beach with a girl from Chicago so I’ll make sure to take photos J I’d like to try some arracine today as apparently Sicily is famous for it.